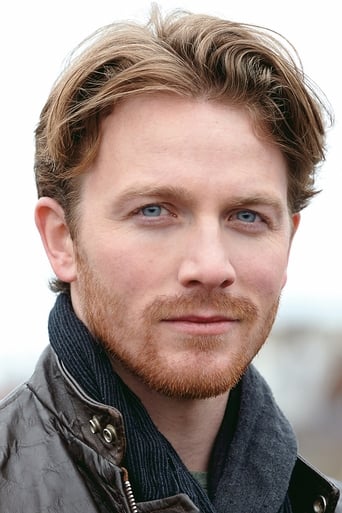 Benjamin Dennis Scott Sutherland (born May 24, 1990) is a Canadian actor and writer based in Toronto, Ontario. Sutherland was born in Victoria, British Columbia and raised in the town of Sidney, British Columbia. His father, Darren Sutherland, is an electrical contractor, and his mother, Stephanie Sutherland, is a secretary and homemaker. He has a younger brother, Joshua, a younger sister, Mollynda, and has described his family as being "very loving and supportive". Growing up he played competitive sports such as soccer, volleyball, and baseball. He has said that "[his] dream job has always been to be a hockey player in the NHL". However, his family could not afford to put both he and his brother into hockey when they were young. As he got older, his main focus shifted to baseball and he attended Lambrick Park Secondary School's Diamond for Excellence Baseball Academy for the duration of his secondary education. His baseball career was cut short however, when he was injured in a regular season baseball game. He was in early scholarship talks with two Ivy League universities at this time. While injured, his brother encouraged him to take a drama course during his senior year, which he did. He has said that, "[he] made the decision that year to be an actor after seeing Sean Penn's performance in 'Dead Man Walking' (1995). His biggest acting inspirations now are Gary Oldman, Michael Fassbender, Tom Hardy, and Brad Pitt. After graduation in 2008, Sutherland chose to start a carpentry apprenticeship instead of going to university. He began building custom residential homes on Vancouver Island, in many cases, working along side his father and his father's electrical company. During the day he would work construction, and in the evenings he would go to theatres, such as The Belfry and Langham Court, for rehearsals. It was during this time that he would train in Vancouver with two world-renowned acting coaches Andrew McIlroy and Larry Moss. He ended his carpentry apprenticeship in 2013, with six weeks remaining in his apprenticeship before his journeyman certification, in order to pursue acting full-time. In 2013, Sutherland trained at two of the most prestigious drama schools in the world. In the summer, he studied at The Royal Academy of Dramatic Art (RADA) in London, England, focusing on contemporary theatre, and in the fall, he began the three-year conservatory program at The National Theatre School of Canada (NTS) as one of six male actors selected that year. He graduated from The National Theatre School in May, 2016.