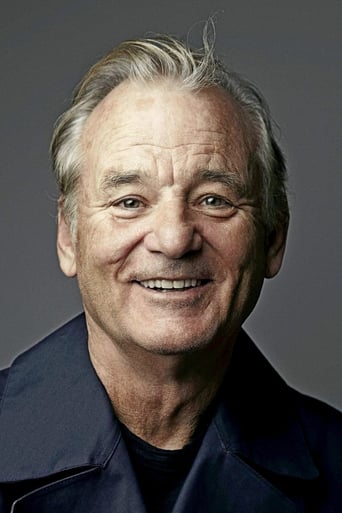 William James "Bill" Murray (born September 21, 1950) is an American actor and comedian. He first gained national exposure on Saturday Night Live and later went on to star in a number of critically and commercially successful comedic films, including Caddyshack (1980), Ghostbusters (1984), and Groundhog Day (1993). Murray gained additional critical acclaim later in his career, starring in Lost in Translation (2003), for which he was nominated for an Academy Award, and a series of films directed by Wes Anderson, including Rushmore (1998), The Royal Tenenbaums (2001), The Life Aquatic with Steve Zissou (2004) and Fantastic Mr. Fox (2009). Description above from the Wikipedia article Bill Murray, licensed under CC-BY-SA, full list of contributors on Wikipedia.

A Futile and Stupid Gesture

Drunk Stoned Brilliant Dead: The Story of the National Lampoon

Dumb and Dumber To

The Life Aquatic with Steve Zissou